Greek Bucket List – Experiences you MUST have while visiting Greece 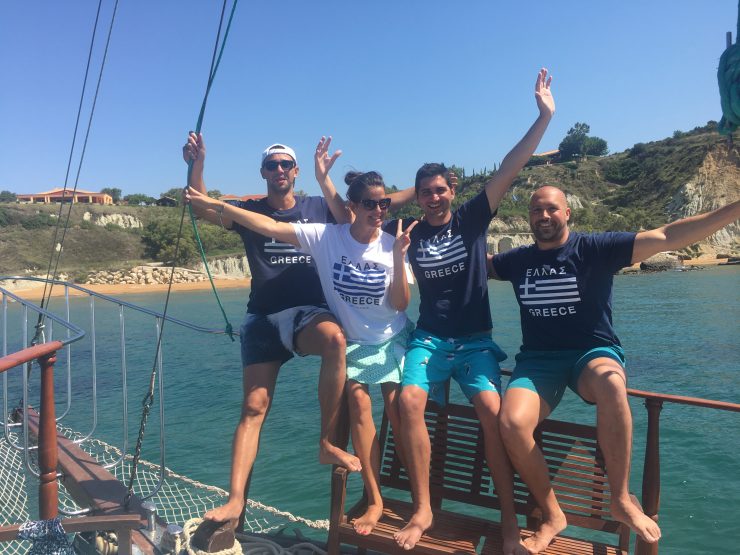 I know, I know… enough of the top 10 lists!  This one is cool though, I promise.  This list is geared towards experiences you should have in Greece, rather than ‘places to go’.

Greece is full of beautiful places that will take your breath away.  However, I’m a firm believer that experiences are what make memorable vacations.  So definitely take in the views and add to your Instagram stories, but also get out there and DO.  YOLO!

For all of you Europeans who eat the street doner kebab in European cities (perhaps after a night of clubbing)… once you go Greek, you’ll never go back.  OK, that is probably a lie, because you will fall to the urge at some point, most likely after a few beers in some central European city.

This www.germandonerkebab.com  pales in comparison (and is a joke, right?)

For the Americans who hit up the Greek diners and are used to the gyros found in the states, you’ll probably cry tears of joy once you taste the REAL DEAL.  Make sure you order correctly though!  Pita gyro (yeero) pork or chicken.  Get the deets here > Souvlaki/Gyro 101

Maybe this should be #1, but I’m a big fan of gyros and watching people have one for the first time.

I took my first touristic boat tour around the island of Milos on the Thalssitra and that blew my mind.

The reason I took the plunge and agreed to sit on a boat all day with 40 randoms is because Milos has amazing rock formations and unique places that aren’t easily accessible.

On the count of three, I jumped off the big ol’ sail boat and lived to tell the tale!  The trip was an all day extravaganza with perks such as cave swimming and amazing vegetarian food on board.  Highly recommend!

My most recent boat excursion was on the island of Kefalonia on board the Queen Bee.  Petros and George of Kefalonia Trips happily chatted with the guests and informed us about the areas we were sailing by.  There were three separate stops and lunch was served on-board.

That’s two for two– boat trips that I would highly recommend!

Drink Ouzo while eating seafood at a seaside taverna

The proper way to enjoy Ouzo is to pour a shot into a glass, add ice and then fill the glass with water.  Seems simple enough, right?  Not sure why people drink it as shots in the US.  It’s so nice to sip while enjoying fresh seafood at a beach taverna.  Ahhhh… bliss…..

You can take some Ouzo home with you and dazzle your friends with this magic trick.  (You’ll know what I mean once you follow the above instructions).

Wander off the beaten path in Plaka

The Plaka area of Central Athens is famous as a charming, yet touristy area.  You’ll get swept into the crowd along the main drag of souvenir and local artisan shops as you meander along.  Break away from the crowd and explore a bit!

Head up toward Acropolis to the area called Anafiotika and see a side of Athens that many others have not.  It is a tiny area that will make you feel like you are smack dab in the middle of the Cyclade Islands.

This tasty spirit is something that can only be produced from the resin of a tree that only grows on one Greek Island, Chios.

It is commonly served as an after dinner digestive- best served icy cold.

If you have not tried this, order it at a bar and ask the bartender to tell you a bit about it.  Greeks are very proud of this one!

This is the only ‘place’ that you’ll find on this list because going to this island is totally an experience that you need to have.  Once.

It is over-saturated by visitors, so many people complain that it has lost it’s charm.  I find the charm in the view, which does not depend on how many people are there buying t-shirts or taking selfies.  Well the selfie-addicts may get in the way, but there is a long stretch that goes along the Caldera, so just keep going until you have a clear view.

Also!  If you arrive by ferry, the first glimpse of the villages hanging on the cliff side is really, really memorable.

7 Days on the Greek Island of Santorini in the Spring

Go on a tour led by a local

I’ve been lucky enough to do a wine tasting event and a winery tour in Nemea with the Greece2Taste crew.  Both experiences were really educational and obviously enjoyable since there was grape juice served.  They also do food tours in the center of Athens.

Athens Urban Adventures does a really cool nightlife tour which I would suggest to anyone who has a short time in Athens and wants to get in a lot of local culture in one evening.

Like Santorini, you have to try this at least once in your life!

The items on this list were submitted by and voted on by members of the Work Remote in Greece Facebook group.  So there you have it, real advice from people that live and work in Greece.  Enjoy!

Americana chica enjoying the sunshine on the Athens Coast. 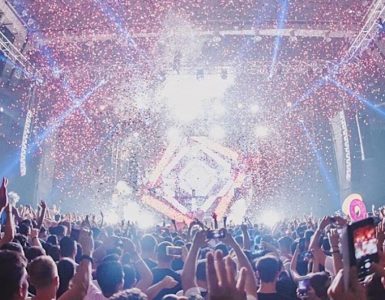 Primer Music Festival 2019 Back with a Splash

The Primer Music Festival, what’s been dubbed the biggest dance music festival in Greece, came back to the coast yesterday, 10 July. The event was held at the Plateia Nerou in Faliro in front of thousands of energetic concert-goers. The festival... 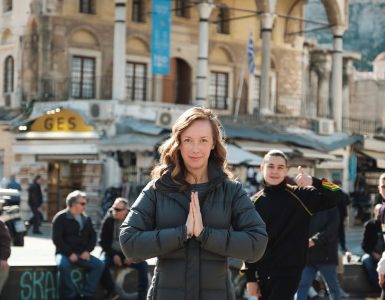 We moved to Glyfada for 2 months during our journey living abroad in Europe. After some exploring in the coastal suburb of Glyfada, we wanted to check out the city of Athens and also have some photos taken to help promote my yoga teaching on Growth... 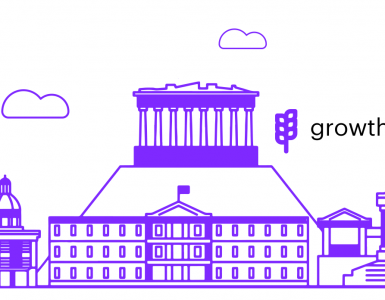 On March 27, 2019 five mentors from the online platform GrowthMentor will be at Stone Soup in central Athens to help local entrepreneurs out by giving them some personalized marketing advice. What is GrowthMentor? GrowthMentor is a curated platform...

Americana chica enjoying the sunshine on the Athens Coast.

Primer Music Festival 2019 Back with a Splash

5 Must-Try Restaurants in Athens that are Not Greek

Stay on the Athens Coast